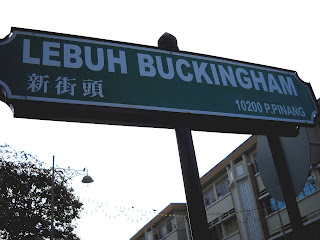 The road sign at the entrance of the street, opposite Campbell Street market 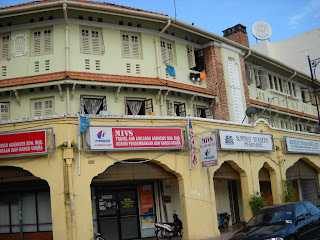 The shophouse at the right corner of the street, located at the junction with Pitt Street 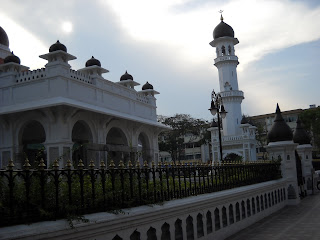 Masjid Kapitan Kling ,located at the left corner at the junction of Pitt Street 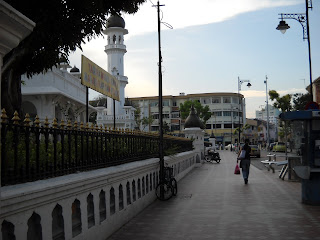 Side of the Masjid Kapitan Kling 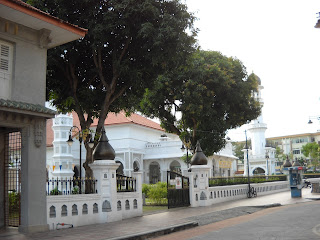 The side entrance to the Masjid Kapitan Kling, the mosque is still used for Friday prayer for the Muslim. 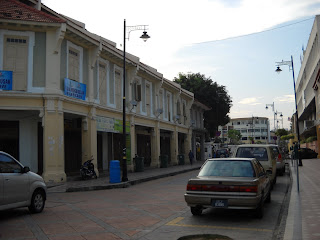 The view after the Seck Chuan Lane 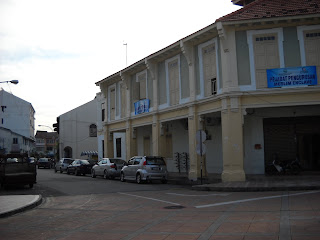 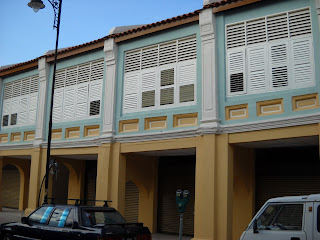 The old shops along the Buckingham Street,newly renovated. Previously it was lented out to Chinese businessmen, but after the abolish of Rent Control Act, some have moved out. 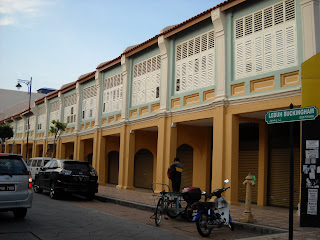 Buckingham Street or Lebuh Buckingham(新街头 sin-kay-tau, the name in Chinese literally means at the head of Campbell street). It is located between Pitt Street (now known as Jalan Masjid Capitan Kling), and the junction of Carnarvon Street(沓田仔) and Campbell Street (新街 sin-kay)

The Buckingham Street is located within the core zone of George Town UNESCO World Heritage Site.

The name of the street was named after Buckingham Palace in England. Buckingham Palace is the official London residence of the British monarch. It is located at the city of Westminster, the palace is used for state functions and royal hospitality, and a major tourist attraction in London. It is the location where the British people will meet to rally at the time of crisis or celebration. It is originally known as Buckingham House. For further information on the palace, please refer to www.wikipedia.org, or any tourist information web site in UK. Buckingham is actually the name of the town,it is situated at the north of Buckinghamshire, England. The University of Buckingham is located there.

At the left corner of the street, at the junction with Pitt Street , is the famous Masjid Capitan Keling. It has been the tourist attraction and icon of Penang's islamic history. Before the building of State Mosque at Jalan Air Itam, the mosque was the state mosque.

The tomb of Cauder Mydin Merican, the Indian Muslim leader that founded the mosque, located on a plot of land between Buckingham Street and Kampung Kolam.

To rebuild the historical site for the Heritage City, the old cemetery and tomb of the Penang pioneer need to be protected e.g. Postestant Cemetery, which were the burial ground for the founder of Penang, Capt Francis Light, David Brown(nutmeg king of Glugor Estate, James Scott, and some of the governors of the state during colonial time; and the tomb of Cauder Mydin Merican, other Chinese kapitan tombstones(?), are all in the bad state. The first step for the Heritage City authority(if there is any?) is to prevent these historical burial site from disappearing.....